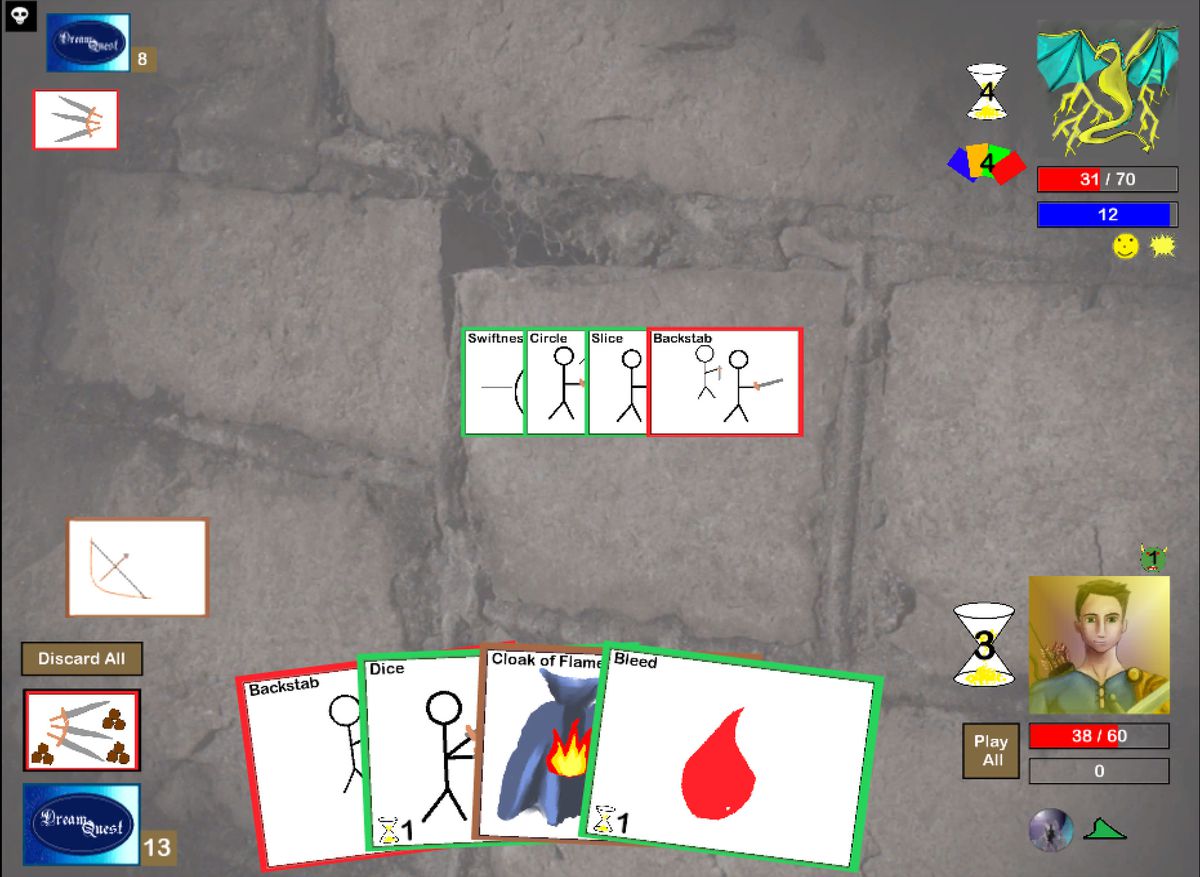 For the uninitiated, the roguelike deckbuilder can be an intimidating prospect. It’s the love child of two famously hardcore archetypes: the deckbuilder, in which you gradually compile a deck of cards, and the roguelike, in which you move across a procedurally generated map rendered anew every time you die. Strategy and challenge combine in a manner that is more cerebral than the most popular roguelikes, such as the hack-and-slash Hades, but faster paced than classic deckbuilders like Magic: The Gathering. As a result, you might think the hybrid genre’s audience would be limited. On the contrary, it’s exploded in recent years, with the likes of Slay The Spire and Monster Train popularizing the seemingly niche form.

Bending a card game around combat, the verbs of most roguelike deckbuilders are the same as many other games: attack, defend, unleash a special ability — that kind of thing. But rather than demanding the player lean on twitchy reflexes or gratuitous amounts of free time to grind their way to progression, the genre asks players to simply slow down and take a moment to think. In this way, the genre resonates with a broader turn to mechanical complexity in recent years. (The renewed popularity of JRPGs — games with deep turn-based combat — is perhaps indicative of such shifting tastes.)

The magic of any roguelike deckbuilder worth its salt is found in the complex interplay between cards. On any given run, you’ll likely have a good idea of what you’ll draw, if not the order, and so these games quickly become about synergy and probability, risk and reward. The mind flutters with the possibilities of the virtual on-screen deck.

With such a specific mix of styles comes a history less contested than other genres. Of course, you can trace things back to the origins of its constituent parts: the randomly generated dungeons of 1980’s Rogue and the seminal collectible card game Magic: The Gathering. But, generally speaking, there’s a handful of titles that game makers, including Magic’s legendary designer Richard Garfield, point to as crucial to the genre’s development. The 1997 video game spinoff of Magic is one, colloquially referred to as Shandalar, after the fantasy realm within which the classic card game took place. Another is the 2008 paper card game Dominion, which made building a deck — the adding and discarding of cards to construct a so-called “engine” that propelled the player through the game — a major focus of gameplay.

That said, according to Garfield, the “watershed” moment for the modern iteration of the genre came in 2014 with Peter Whalen’s Dream Quest. Whalen’s “packaging of a smaller, tighter experience really did a lot for the genre,” Garfield says over Zoom. Remarkably, he continues, the game remains “virtually unknown” beyond a few dedicated students of the field.

Playing Dream Quest in 2022 is an almost uncanny experience. It’s only eight years old, but the lo-fi artwork makes the game feel more like an unearthed