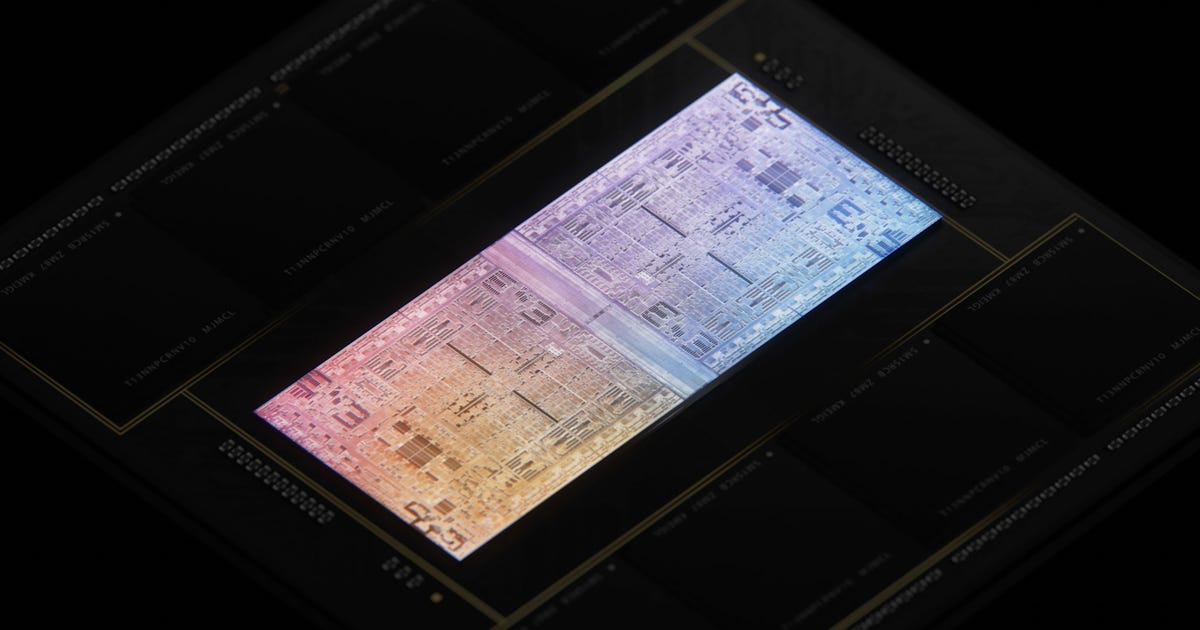 If you want a glimpse of where the processor business is headed, check out Apple’s new M1 Ultra processor.

By combining the two chips, Apple’s M1 Ultra delivers a stunning 114 billion transistors that make up 20 processing cores and 64 graphics cores. By comparison, AMD Ryzen desktop processors use something like a tenth that number of transistors.

The M1 Ultra highlights the progress chipmakers have achieved in keeping Moore’s Law alive. A dictum in the chip industry, Moore’s Law predicts that the number of transistors on chips doubles every two years. Transistors, the basic circuit elements that process data, have been harder to miniaturize, which has slowed the progress initially charted by chip pioneer and Intel co-founder Gordon Moore. Advanced packaging offers a new way to bump up those transistor counts.

Apple isn’t the only company working on advanced packaging technology to link chips together.  Intel, AMD and Nvidia also have technology to combine multiple chip elements, called dies or chiplets, into a single larger processor. The M1 Ultra is arguably the most advanced example of the concept so far, but it won’t be the last.

“You’ll see it in mainstream PCs over time,” said Tech Insights analyst Linley Gwennap, not just the Mac Studio systems costing $4,000 and up.

Packaging has been around for as long as chips have been. Initially, it involved a housing to protect a processor and provide it with the electrical links to memory, communications and other elements of a computer. Over the years, it’s gotten more and more complex. Now chipmakers see advanced packaging as a crucial element in sustaining computing progress.

Apple’s UltraFusion, the name of its packaging technology, uses a narrow silicon slice called an interposer that resides beneath the two M1 Max chips, linking them with 10,000 wires that can carry 2.5 terabytes of data per second over a very short distance. That enormous speed is necessary so chip cores on one die can reach memory that’s connected to the other. Graphics processing units in particular have an insatiable appetite for data stored in memory.

Interposers historically have been large and expensive. Apple’s custom approach involves a narrower slice that only traverses the connecting edges of the M1 Max chips.

Intel has developed a similar packaging technology, which it calls Embedded Multi-Die Interconnect Bridge. Intel hasn’t used EMIB in any chips that are on the market