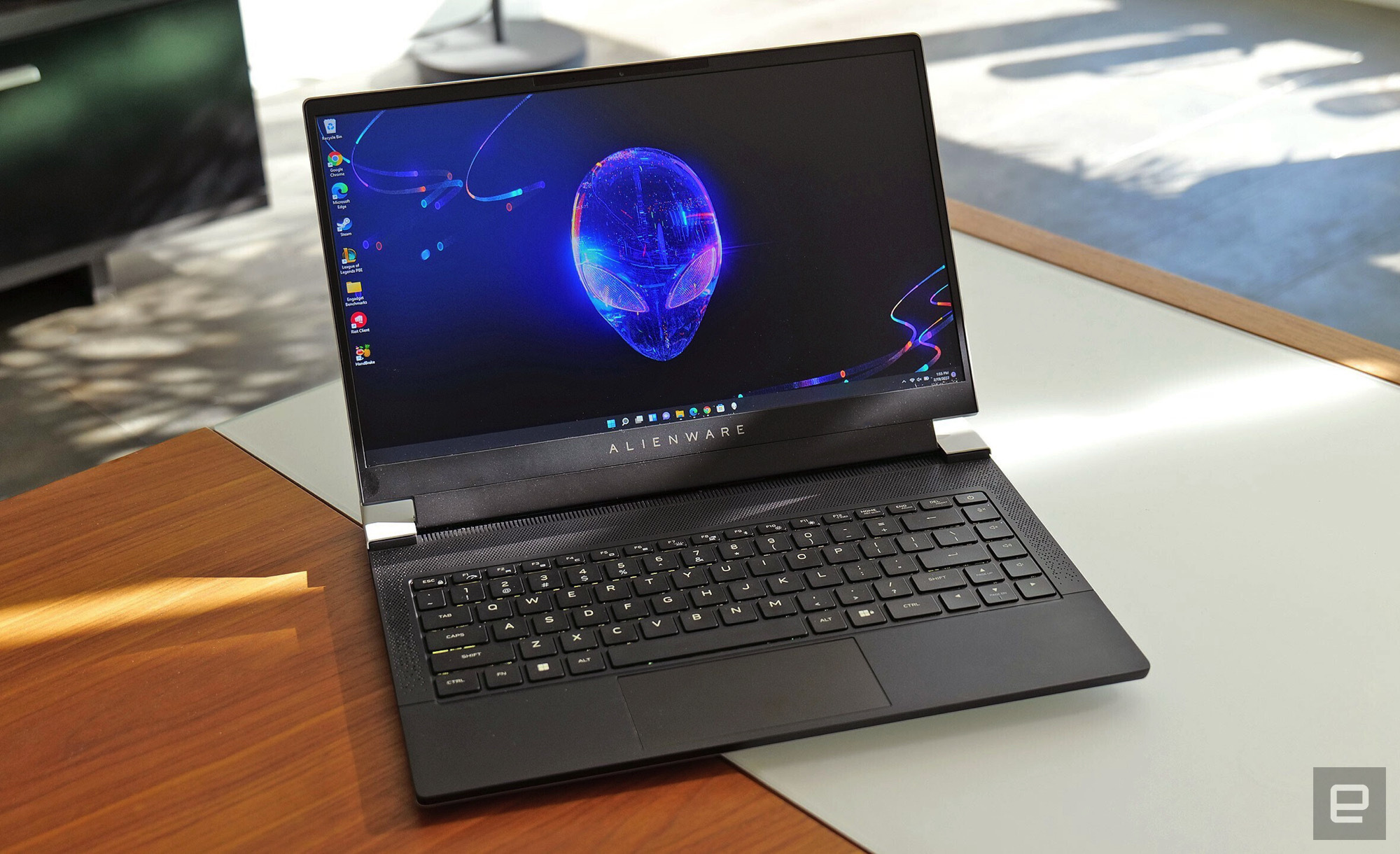 For years, Alienware eschewed thin-and-light gaming laptops, opting instead to make slightly bulkier systems with more affordable pricing. But all that changed last year with the introduction of its X-series notebooks. And now, Alienware is pushing its quest for sleekness even further with the new x14, the company’s thinnest and lightest gaming laptop yet. To add even more rum to the punch, the x14 is also one of the first gaming laptops available featuring Intel’s latest 12th-gen mobile CPUs. And while the x14 isn’t without its quirks, the result is a machine that makes me wish Alienware had gotten into portable gaming rigs years ago.

Sporting Alienware’s Legend 2.0 design language, the x14 is without a doubt a striking system, though ultimately you’ll need to decide how much you fancy its sci-fi aesthetics. What’s not in question is the laptop’s thinness, which stands at just 0.57 inches thick while weighing barely more than four pounds. That’s even thinner and almost a pound lighter than the x15 (0.63 inches and 5 pounds), while making Alienware’s more mainstream M15 R7 seem almost bloated (0.8 inches and 5.3 pounds).

Now I’m not normally the type to lust after a few ounces or tenths of an inch getting shaved off a device, but on the x14, every little reduction matters. That’s because while most gaming laptops don’t even come close to fitting in my everyday messenger bag that’s not meant to stash anything larger than a 13-inch ultraportable, the x14 actually fits, if just barely.

That means I’m much more likely to bring this thing with me on trips, which is kind of the whole point of a thin-and-light gaming notebook. Don’t get me wrong, I appreciate beastly 17-inch gaming rigs, but when my back starts to hurt at the mere thought of carrying one around, in practice those systems often function more like mobile desktops than any sort of travel-friendly gaming machine.

The main innovation on the x14 is Alienware’s new dual-torque hinge which adds strength and stability to the laptop’s display, while once again reducing weight and thickness compared to previous X-series machines. And, as you’d expect from Alienware, the x14 comes with customizable RGB lighting on its lid and keyboard. That said, compared to its larger siblings you do lose the extra RGB light ring that would normally outline the system’s rear ports. (Fun fact: That pill-like shape is actually called a stadium.) Inside, there’s a lovely soft-touch finish on x14’s wrist rest, which may feel a bit cramped for people with larger hands. 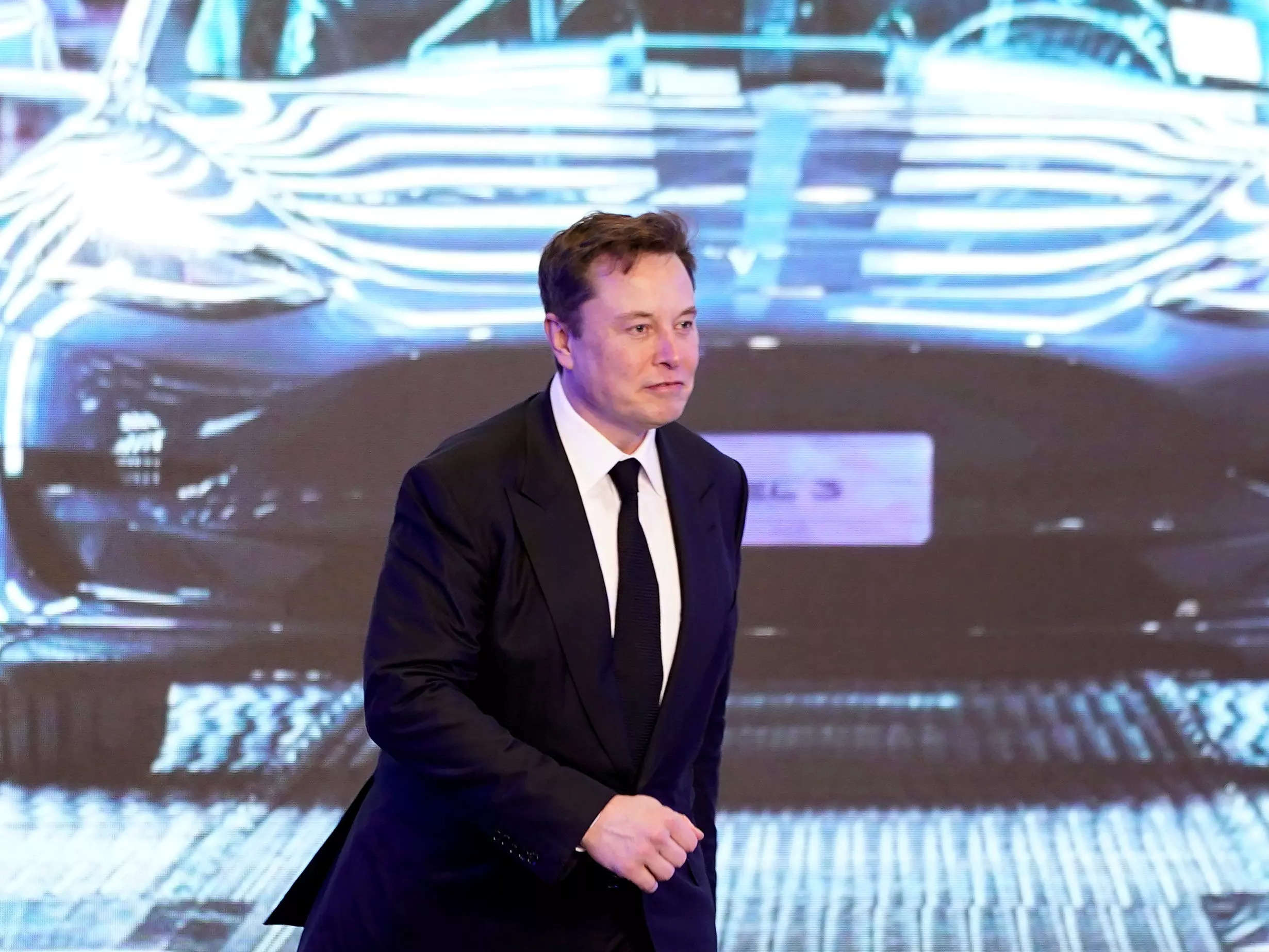 Tesla may perhaps be paving the way for autonomous electric cars in the vehicle sector, but that nonetheless arrives with criticism around the technology’s failures.

Elon Musk, a short while ago named Time Magazine’s 2021 Person of the 12 months, sat down with Time’s editor-in-chief and CEO Edward Felsenthal to converse about his work, including elevated scrutiny above accidents triggered by the firm’s self-driving know-how.

“There’s a thing any individual said to me at the beginning of when we were being pursuing autonomy: even if you save 90% of the life, the 10% that you you should not conserve are heading to sue you,” Musk explained to Time, noting he’s noticed thirty day period-to-month advancement in Tesla self-driving capabilities.

Musk’s reviews come as Tesla carries on to face authorized complications around its autonomous driving technology, which has been connected to 12 accidents due to the fact 2018. Some Tesla motorists are suing above lethal crashes, though other folks are looking for legal action versus the corporation for allegedly misrepresenting and applying misleading internet marketing for its Autopilot and Whole Self-Driving expert services.

In an job interview this 7 days with the Monetary Situations — which also picked Musk as its 2021 Particular person of the Yr — Musk explained he believes he has not misled or risked the basic safety of Tesla owners with self-driving technologies.

“I will not feel there is certainly a CEO on this world that cares extra about basic safety than me,” Musk advised the Fiscal Moments.

According to Musk, he vigorously pushed to create Autopilot, which he instructed Time can make driving far more economical and preserve hundreds of thousands of lives per year. When activated, Tesla’s self-driving technological innovation is intended to keep an eye on the surrounding ecosystem, preserving the automobile centered in its lane and a protected length away from other .

It does not make the motor vehicle drive by itself, according to the enterprise, and even now calls for the driver’s whole focus to avoid mishaps.

In the second quarter of 2021, the company recorded just one crash for every 4.41 million miles driven working with Autopilot engineering, when compared to 1 crash for just about every 1.2 million miles of a Tesla car pushed with no Autopilot, according to Tesla’s Auto Safety Report.